Howdy!
My name is Thi Bui, and I’m one of the idiots lucky MIT students that decided to bike across America for the Summer! In all seriousness, I’ve been having one of the greatest times of my life on this biking trip, and I know there are many people out there (like my mom) that are curious about what exciting things have happened – so here’s an update since our first learning festival in Hazard, Kentucky!

Instead of enjoying the day off on the second day of our Learning Festival in Hazard, where we taught for half of the day and were finished by 1PM, we decided to bike 30 miles partway to our next Warmshowers host 75 miles away in hopes of minimizing time biking during a thunderstorm. The ride was especially hilly, and I personally think this 30 mile day was the hardest day we have biked so far. We ended up staying at an Airbnb in Buckhorn, KY and had some delicious chicken nuggets that Olivia prepared for us.

After a relatively easier (but wet) 45 mile ride to East Bernstadt, I destroyed what may have been the best burger of my life cooked by our Warmshowers host, Braxton. Shortly after, Braxton’s sister, Evelyn, who has also conveniently biked across the country before, gave an impromptu bike maintenance clinic and taught the entire team some basic bike maintenance procedures. We now know to check our ABCs (Air, Brakes, Chain) every time before we ride!

This day was especially tough, as it was an 85 mile day filled with lots of uphill biking. I remember in particular this day also being filled with unleashed dogs that chased us on the back roads of Kentucky. Fortunately, Evelyn biked with us for the first half and taught us how to discourage dogs by spraying them with our water bottles.

We stopped at Southern Performance Center bicycle shop where the owner, Michael Phelps (no, not that one), tuned up our bikes for free and offered us advice on how to maintain them. Michael let us into his workshop and guided us through on what he was doing to our bikes. Huge Thanks to them for helping us! Masha would still be in her small front gear pedaling like a madman on the flats if not for them.

Our warmshower hosts, Gary and Diane Rose, welcomed us to Columbia with some delicious jambalaya and went the extra 10 miles by giving us pepper spray for any dogs ahead and printing out detailed directions on the best bike route to Mammoth Cave, KY, our next destination (which they have ridden before!).

We enjoyed a beautiful 65 mile ride to Mammoth Cave National Park and stayed with Richard and Stephanie Shull (who actually host an amazing bed and breakfast!). At Serenity Hill Bed and Breakfast, we had some amazing Mexican food (As a Californian, I’m slightly biased about how great Mexican food is). We stayed there for two days, and took a tour of Mammoth Cave the next day. Also because of California, I’m slightly biased about what the best national park is cough Yosemite cough. Nonetheless, as the name implies, Mammoth Cave was huge and crawling through the natural cave system was a surreal experience. We finished the day off with a nice fire and a group Support Van Cleaning (of which I personally love because it was my turn to drive the van the next day). 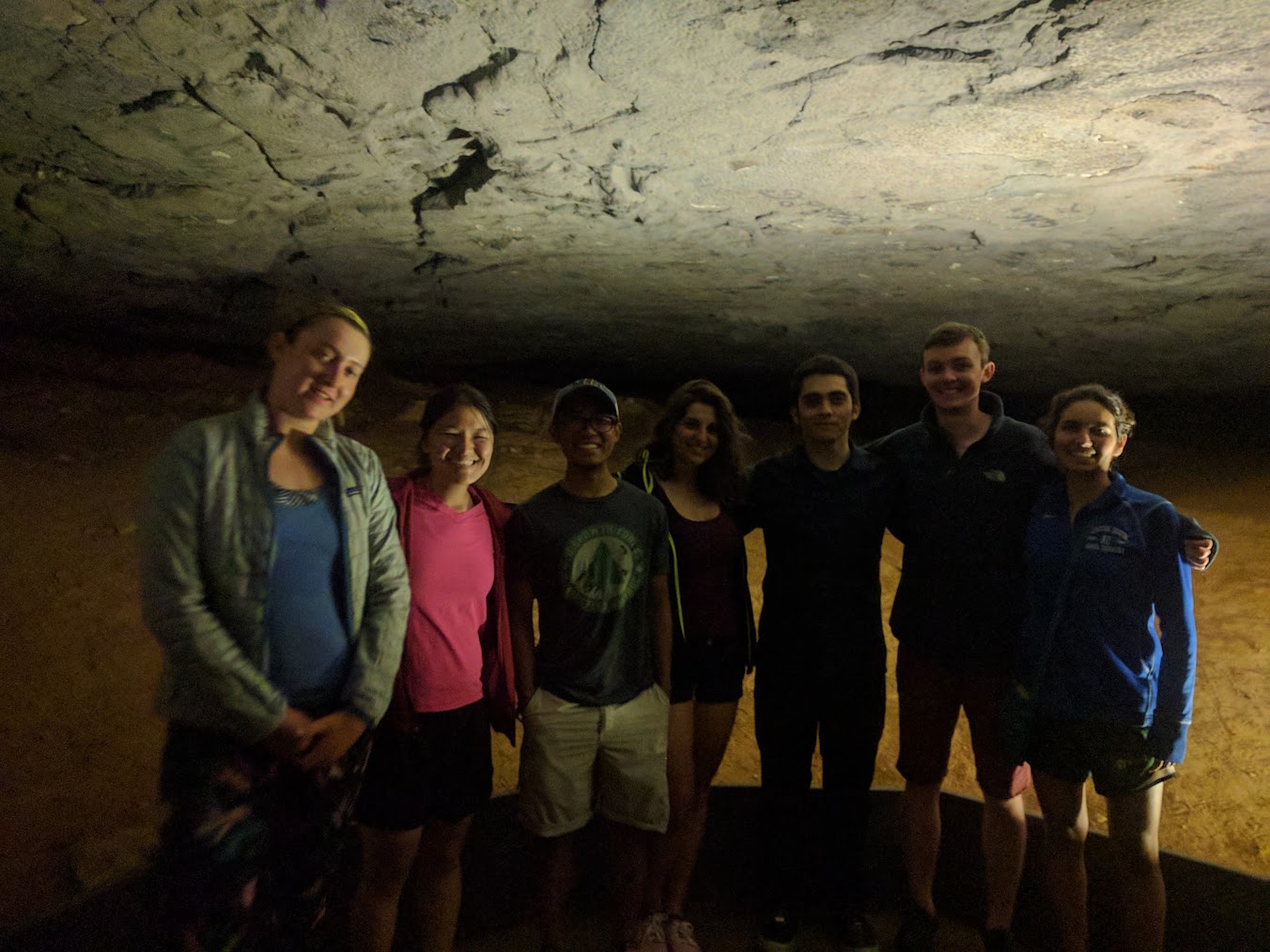 After cruising through 60 miles, we ended up at the Twin Island Trails LLC campsite with plenty of daylight left. We were catching up on some sleep and chatting with the owner of the campsite, Don Mueller, when I heard a blood-curdling shriek coming from the river. Fortunately, the shriek came from an excited Olivia who had caught a fish after trying for the past week (or so)! Masha then proceeded to scale, gut, and cook the fish with the help of Don, and we all had a piece of the delicious bluegill. 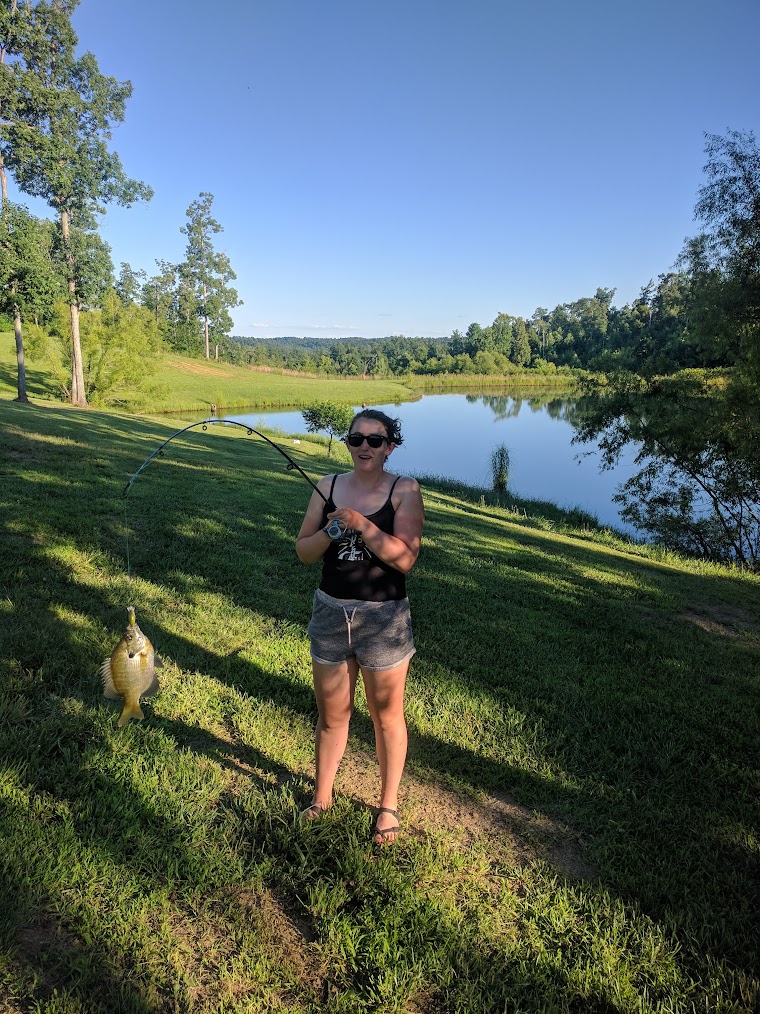 A slightly longer 68 mile day led us to Henderson, KY, where Brad and Amy Ayer and his family welcomed us into his home. After introducing us to Grippos, the best barbecue chip on the planet, Brad called the local news station and was able to get us on the 10 o’clock news! (Here’s the link ~ http://www.tristatehomepage.com/news/local-news/henderson-family-hosts-student-cyclers1/753393672 ~ for the video! Warning – I hadn’t shaved since the last learning festival)

After one of the flattest 70 miles from KY to Harrisburg, IL, we had turkey burgers at Brad McCormick’s house (that rival the burgers we had at Braxton’s house). We unfortunately found out earlier in the day that our host for the next day was unavailable to host us, but Brad heroically called a coworker in Murphysboro and we found out the next morning that we had a floor to sleep on!

A flat but windy 50 miles later, we make it to Terry’s house and we are allowed to cool off in his beautiful pool (one of the first pools we’ve used on the trip!) After hearing there was a small bike shop in a nearby city with a very skilled mechanic, I stole the van from the team and drove over to Carbondale Cycles a few miles away. Choke, the bike shop mechanic, fixed the annoying creaking sound in my bike for absolutely no cost and gave us a huge discount on inner tubes and biking clothing! It was definitely one of the sickest bike shop experiences I’ve ever had – Choke was amazingly helpful and extremely passionate about bikes.

Our last trek before a long period of learning festivals, crossing from IL to MO was one of the most surprising changes during the trip. Almost immediately after crossing the border, we were greeted by a steep incline and we knew were in Missouri. After one of the hardest 75 miles I’ve ever ridden on a bike, we rolled up to Al’s Bike Hostel in Farmington, MO and prepared for our next learning festival.

And here we are! I’m currently sitting in a community workspace hosted by Ann Boes in Farmington, where we are having our second learning festival. This workspace of sorts hosts all sorts of activities for the local kids from all age and socioeconomic groups, including an FLL (First Lego League) team. I was part of an FLL team during middle school, and I remember that as being my first foray into STEM (Thanks Mrs. Mayne!), so it’s really awesome to be teaching these kids!

The amount of hospitality we’ve received from our hosts so far has been unbelievable, and I’m extremely grateful for every individual that has made our trip so much easier. The biking has been smooth(ish) and America has been beautiful.

Thank you to Warmshowers hosts, donators, friends, family, and everybody in between for making this experience possible. 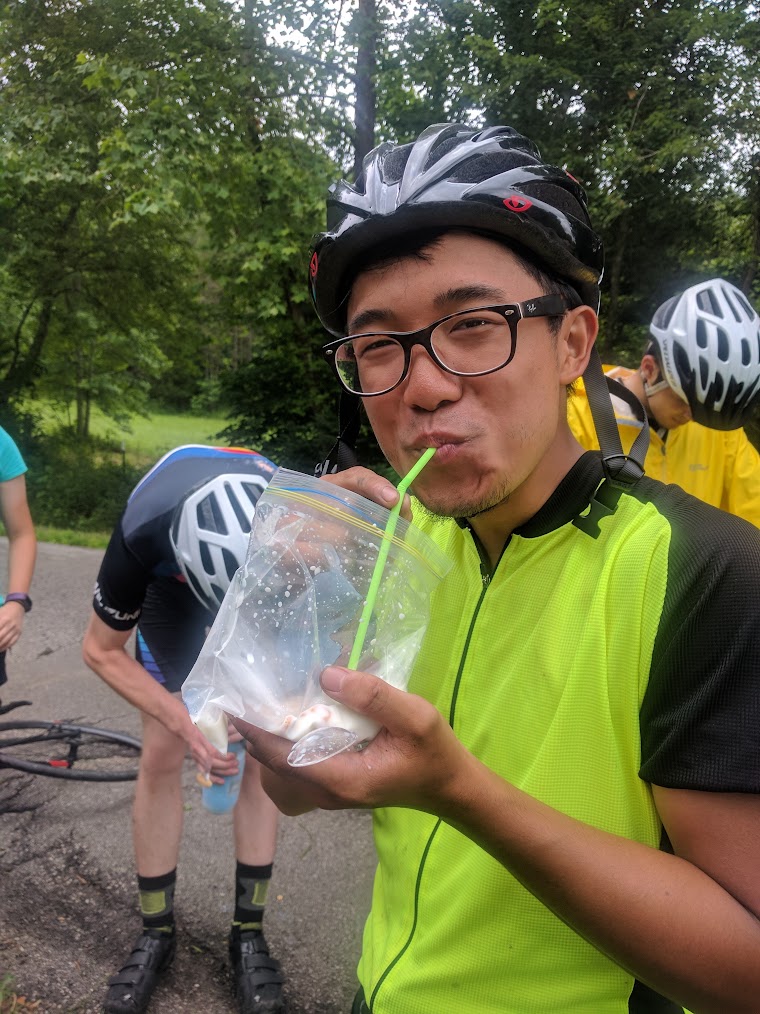